This is a solo guitar piece by Julian Lage from his World’s Fair album.

I spent a long time working on it. There are some serious picking and dynamic challenges that were tough for me to learn, and tougher for my neighbors to listen to.

I hope you enjoy.

“Shot in the Dark” — Tragic Gadget

This song was written by LA friends Kim Tilman and Chris Lorentz who go by the collective name Tragic Gadget.

As they wrote this song, I dropped by their recording space in Hollywood and was asked to record layer upon layer of different guitar ideas.

I love what they ultimately selected, cut up and processed. The guitar parts sound to me like a child between a Katy Perry song and Jackson Five song — good things in my book.

In the summer of 2013, myself and friends from college put together an EP for our pop/soul band, Ann Street Soul. About a year before this release, a video recording we made in my living room went viral on break.com and reddit.com/r/videos. (See the next work example, “Sunny.”) We weren’t planning to be “a band,” but overnight we had fans from all over the world.

The timing was not great, as many of us were moving to different parts of the US following graduation. We decided to strike while the iron was hot, and launched a successful Kickstarter campaign to fund the creation of this EP.

The writing, recording and editing was a huge process, especially because we were geographically spread out. We recorded the tunes between studios in North Hollywood, CA and Ann Arbor, MI.

“Where You Belong” was the final track on the EP and the last we wrote for it. It came about while recording the rhythm section parts in Ann Arbor, which was our first part of the recording process. Those rhythm tracks were recorded live and served as the bedrock for the later vocals, horns and orchestration. As we recorded, one of the tunes we had written was just not working. We scrapped the troubled song and wrote this the night before our last day of studio time.

Most people who have anything nice to tell me about the EP usually say that this is their favorite song. Go figure?

The band didn’t stick together in the end, but I’m proud of what we all put together. You can stream the EP wherever EPs are streamed.

When I was in high school, I stumbled on a video of Pat Martino and John Scofield playing this tune at a jazz fest in 2002. I listened to this performance so many times. If it was a tape, I would have worn it out.

When it was time to put together a senior recital in college, I knew I wanted to play this song. I know it's kind of a passé song in the jazz world, but whatever. I put together this arrangement, listening heavily to the original version as well as one by Marvin Gaye.

The recital was a success, and the tune seemed to go over great. With only two weeks or so before leaving college for good, I got most of the group from my recital together to document a tune before we left. We recorded it live in my college living room on Ann St. in Ann Arbor, MI. I think it was done in three takes — there’s no dubbing or anything. Antwaun was on his way to a rehearsal, so we were kind of squeezing it in.

A few weeks later, the recording engineer sent over the audio and we all thought something like, “Dang, that came out great!” When the video came together, it was the cherry on top.

We were not planning to be “a band”, but I thought it was worth sharing the final product on YouTube and Reddit. I think after about 5 weeks of being on the Internet, it went unexpectedly viral on reddit.com/r/videos. From there is spread to other websites.

People were writing in from different parts of the world to ask where they could hear more of us. They couldn’t, because there was nothing else to hear, and we’d all moved to different cities! We decided to launch a Kickstarter and fund an EP. (See the above “Ann St. Soul EP” work sample.)

The summer after my sophomore year of college, I played guitar for an original musical being put together by a group of students that called themselves Team Starkid. The previous school year, they had made a parody show all about Harry Potter, A Very Potter Musical. Basically: What if Harry Potter was a bit more crass, and had some really good original songs? (The songs were really good.)

They filmed the show in a black box theatre on campus, and once they put it online, the Harry Potter fan website pottermore.com blasted it into virality.

So when they decided to make a sequel, we all kind of knew it would be a similar success, and it was. The creative team started putting together the material and rehearsing when the semester ended. It really was a mad-dash to the finish.

We ran it for I think two weeks. There were lines out the theatre door — people were traveling from far across the country to see it. It was wild.

The recording quality is definitely dated, and we didn't have any good microphones or anything. (The cast just needed to be loud and the band needed to be less loud.) It was a great time and a very happy memory. Fans of the TV show Glee, Versace and American Horror Story will recognize the star as Darren Criss. (This was pre-fame, of course!)

I stitched together this arrangement by lifting heavily from versions by Emil Ernebro and George Benson.

After a few years of hiatus, my band Ann Street Soul decided to record a few more songs. This felt like a pretty “big” production. Many of the band members were flying in from other parts of the country and we had rented a film/TV location spot in Chicago.

There were separate teams for audio and video, assistants running around to find more music stands. The whole nine yards and lots of moving parts.

In addition to this original, we recorded an acoustic version of the same tune, as well as an arrangement of Sia’s “Chandelier.”

This is a clip from a concert I played with actor/singer Darren Criss in Chicago during the North Halsted Market Days event. There was no rehearsal for this and it was definitely the largest crowd I’d played to at that point. It was a total blast.

Darren’s a friend form college, and it’s been awesome to watch his star shoot into the stratosphere. I still do the occasional gig with him, and his theatre troupe, Team Starkid.

In the summer of 2014, I played for two different Team Starkid musicals being put on in Chicago. The shows were ANI: A Parody and The Trail to Oregon! The former being an exploration of Darth Vader as a washed-up bum. The later being a spoof on the video game The Oregon Trail.

The shows ran simultaneously for the entire summer. For the most part, our schedule alternated one show one day and the other the next. Playing two musicals at the same time was a mental workout.

The Ani music was written by Clark Baxtresser and Pierce Siebers of the pop duo TalkFine. I think the album is super cool. Something of a mixture of Hall and Oates, 80s rock and Jedi.

Click on a thumbnail to learn more about a project. 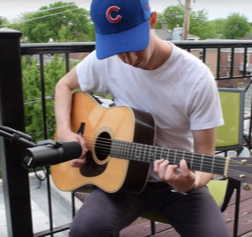 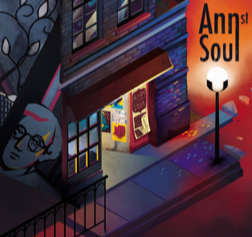 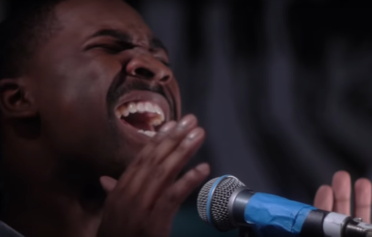 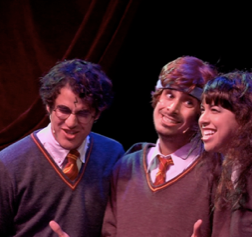 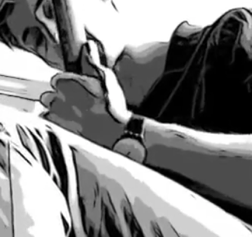 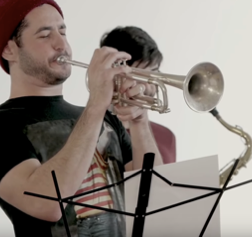 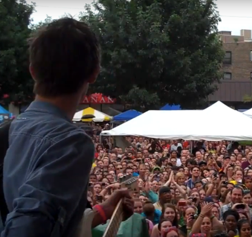 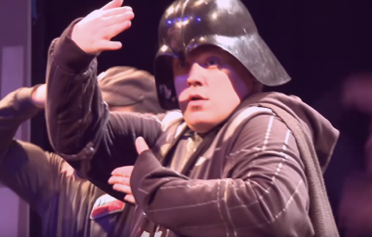 I’ve got loads of musical transcriptions on my profile at soundslice.com. I love to transcribe guitar parts from pop music, folk tunes and jazz improvisations.